People often ask me about my songwriting process. Mostly, they want to know if I wait for my muse to speak up before I start writing. Most often, the answer is a resounding no, though she always shows up in the process. Writing is something that brings me joy, and yeah, I know I'm weird that way. I've really embraced writing from prompts, and I'm in two different prompt writing groups that meet once a week. Most weeks, unless the prompts overlap, or I can sneak them both into the same song, I'm writing two songs, or two song starts. Sometimes what I write never finds its way into a song, and that's completely okay. It's great even! By not expecting everything I write to become an award-winning song, I'm taking the pressure off, and throwing my caution to the wind. That's where the good stuff waits. That's where the magic happens, in that mystical place of writing with abandon. Editing, which I weirdly love too, can 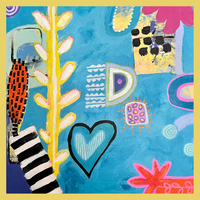 come in with a sharp eye, and the occasionally prickly process of deciding what gets to stay, what darling lines or babies get the axe, or if it was just a creative play piece. ALL of the things are perfectly perfect outcomes from a writing session for me. Greasing the creative wheelhouse, and exercising my muse is never a waste of time! Sometimes I even attempt to paint! 👀

Here's an example of what happened when I threw out the idea of "translating" (notice those quotation marks!) a poem written in a language you know nothing about, to my group of friends in what I call my Moab Group. This group of folks I met online during a Moab Folk Camp songwriting event during the pandemic. We started this group well over a year ago and have written so many songs!! As soon as the idea of the foreign poem translation popped out of my mouth on the Zoom meeting, I thought, "UGH, why did I blurt that out?" Story of my life. I found out the next week, that everyone had the same reluctance to this exercise, but we all ended up really enjoying the process once we got started. Isn't that the way of things?

I found the poem "Meine Lieblingsdinge" on a blog post, and was careful to not scroll down to the translation. The link will take you to the original poem and the translation, which I don't even remember! I do not know German, except for "beer", "please", and "thank you", from my study abroad days. The goal was to look at the words and to try to figure out what they meant by how they sounded when you tried to say them, or what the words looked like when written. It's fascinating what your brain will string together and how it might make sense of something completely foreign. I don't mean that you can actually translate, but what you end up with is something that resembles a poem loosely inspired by words you don't understand. MAGIC!

Here's what happened for me. The First Draft shows what I wrote down first while looking at the German words. The Edited Version is where I took the first draft and tried to put it into a more song-friendly format. You never know, maybe some of that will end up as a song someday. For now, its working title is "The Sound of Growing Things." What do you think? 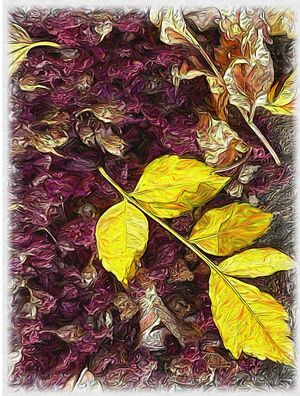 The light of the world
On a barren branch

The cacophony of spring
And the glorious song it brings
Is the music of my heartstrings
And the sound of growing things.